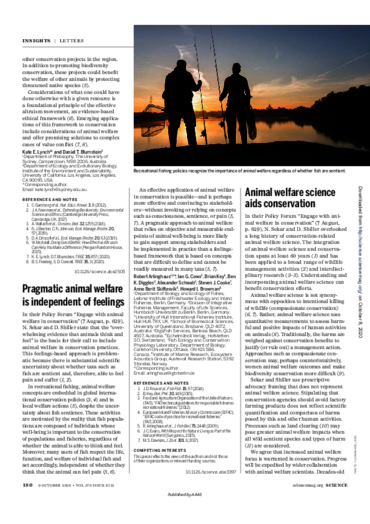 In their Policy Forum “Engage with animal welfare in conservation” (7 August, p. 629), N. Sekar and D. Shiller state that the “overwhelming evidence that animals think and feel” is the basis for their call to include animal welfare in conservation practices. This feelings-based approach is problematic because there is substantial scientific uncertainty about whether taxa such as fish are sentient and, therefore, able to feel pain and suffer (1, 2).